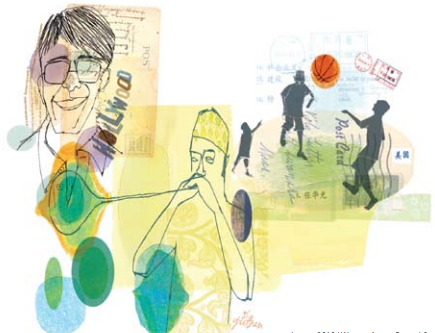 It was the worst job market in decades for students seeking summer employment. Yet more than 90 rising juniors and seniors representing nearly every academic field at Williams landed work last summer with a host of organizations around the globe, thanks to the College’s Alumni-Sponsored Internship Program.

The competitive program, a collection of 13 alumni-endowed funds, is overseen by the Office of Career Counseling. Students research internship opportunities using OCC’s extensive database and write proposals explaining why they and a particular organization would be a good fit. A committee of faculty and staff winnows the pool of proposals to about 100 students who each receive a $3,200 stipend to cover transportation, housing and other living expenses. Over the years, more than 1,300 students have participated in the program.

We took a closer look at how, exactly, some of the past year’s crop of students spent their summer vacations (based on their final reports to OCC and interviews).

James Allison ’11 is majoring in psychology but says he’s always been interested in art. So when he came across an opportunity to intern at Josh Simpson Contemporary Glass in Shelburne, Mass., the Amherst native jumped at the chance. Working in the “Hotshop” alongside the glassblowers, making bowls, platters, ornaments and Simpson’s iconic “planets,” were “the most enjoyable moments of my working life,” Allison says. He hopes to take more art classes before graduation and would “love to pursue” glassblowing as a hobby in the future.

Eric Anderson ’10 was “at the bottom level of the Hollywood food chain,” but his experience reading and rating scripts at Gold Circle Films in L.A. “was a great place to start.” Working with development director Guy Danella ’03, Anderson was “exposed to a wide array of genres” and “a never-ending pile of books and scripts,” giving him a “strong sense of understanding of what makes a good screenplay.” A history and political science major who’d always been interested in film, the Connecticut resident was uncertain about his career plans. Now he’s “encouraged … to pursue a career in the industry.”

Chinese major Will Bobseine ’10 had the chance to “experience China outside of the classroom and away from the foreign community in Beijing” with an internship at CAI (Chinese for “talent”). The Fredonia, N.Y., resident organized and raised fund for a school basketball program on the outskirts of Beijing, helping to forge relationships between the nonprofit (whose mission is to teach art and sports to the children of migrant workers) and the Beijing business community—priceless experience for someone “who will be looking to China … as a possible place to start a career.”

Although she’d done some student teaching at Williams, Kristin Baldiga ’10 says an internship with The Bayside Center in Ocean City, N.J., gave her the “freedom to try new things.” Like having the children dissect a rattlesnake (“a learning experience for everyone involved”) or impersonate the characteristics of various prehistoric species (“a great success”). Helping to develop and teach a summer curriculum for more than 250 6- to 11-year-olds at the community science camp and museum “will definitely assist me as I apply for a master’s degree in secondary science education,” says the chemistry and psychology major from Hopkinton, Mass.

Leading visitors on tours of the U.S. Capitol. Responding to constituent calls and letters. Researching American treatment of detainees. All were high points for Pat Chaney ’10, who interned with newly elected U.S. Sen. Jeff Merkley from Chaney’s home state of Oregon. But the six hours he spent shadowing Merkley on the Senate floor “were probably the most interesting six hours I’ve ever known,” Chaney says. The political science major now has a “more specific and grounded” approach to his coursework. His only regret: “I wish I had performed this kind of work sooner.”

Working with the Skagit Valley Community Action Agency, Hilary Dolstad ’11 saw up close how “the politics of immigration” affected the lives of Latino immigrants in her home state of Washington. During home visits, she read to children and worked with families on educational “and usually fun and crafty” activities. She led twice-weekly literacy classes at the local library. And she established a program of activities and field trips for children living in a family shelter. The internship inspired the biology and history major to spend the fall semester in Spain, and she’s considering a career in social service work. 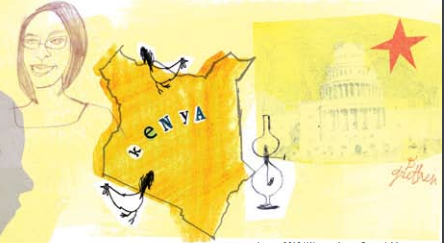 rewards of his internship with the Student Conservation Association were “magnificent”: seeing bison, elk, grizzlies and wolves; experiencing the peace and “breathtaking beauty” of the backcountry; and knowing that “without the … rangers I worked under … hiking would be nearly impossible … and the beauty of the park would be largely lost.” The Redondo Beach, Calif., biology major with a concentration in international studies hopes to land a job with the National Park Service this summer.

As a swimmer, Jordan Hollander ’10 was reluctant to go abroad during the academic year. But an opportunity to intern with Magen David Adom in Israel as an emergency medical technician seemed like the ideal way to travel overseas while building his Hebrew skills and exploring fields “outside of what would soon become my career path.” After passing an intensive 60-hour training course, the philosophy and political science major from L.A. joined more than 120 other young volunteers from around the world and “gained awareness of the current situation of Jews and their respective governments on a global scale.”

As co-president of the College film club, Ariel Kavoussi ’11 was experienced behind the camera. An internship with the alternative media collective Paper Tiger Television in Manhattan gave the philosophy major from New York a chance to flex her muscles on the small screen. She helped members write, film and edit new shows and did outreach, publicity and archival work. Her “most exciting project” was collaborating on writing, editing and producing an original cable access program about “branding and stereotyping in mainstream reality TV.” Kavoussi says the internship was the “perfect stepping stone” to her goal of obtaining an M.F.A./ Ph.D. in the electronic arts.

Adam Lee ’11 helped the Massachusetts-based Young Entrepreneurs Alliance with its first overseas project: developing a youth center in Kenya’s struggling Igenaitambe Village. Lee, an Asian studies and political science major from Penfield, N.Y., created a budget for the center and its kerosene and poultry enterprises, researched funding sources and wrote grant proposals, identified advisers and interacted with everyone involved in the project. In addition to gaining useful insights and skills related to international development work, Lee saw firsthand “not only the struggles faced by [the village’s] at-risk teens but also the incredible promise they display when provided with opportunity.”

An internship with the sustainability program of the National Trust for Historic Preservation was the “perfect confluence of my academic work and my deep appreciation for historic buildings and communities,” says Abby Martin ’11 of Alexandria, Va., who’s created her own major at Williams called “Environmental Studies: The Built Environment.” While in D.C., she helped prepare for the International Conference of National Trusts, which focused on how climate change is threatening heritage sites around the world. She wrote much of the Trust’s paper on its sustainability work, published its conference proceedings and got face-time with preservation officers, architects and prominent green building advocates. 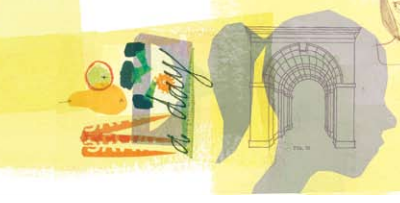 What does it take to run a community health outreach program? Gina Rodriguez ’11 found out at REACH for Community Health at North Adams Regional Hospital. She helped teach local residents how to incorporate fresh foods into their diets, enlisted the assistance of amateur radio operators in regional emergency preparedness strategies and developed a promotional campaign for the hospital’s HIV/STD testing services. She also wrote a policy for the hospital in accordance with state law on how to handle internal hospital emergencies. “There was never a dull moment,” says the psychology major, who hails from South Carolina.

“Not only did I spend my summer doing what I love, but I learned a great deal about what I want to do with my career in the music industry,” says Joshua Solis ’10 of his internship with Moon Dogs Recording Studio in his hometown of El Paso, Texas. The math major learned how to use all the sound engineering and editing equipment at the studio, a thriving business that works with local bands. He also designed Moon Dogs’ website, got an in-depth look at what it takes to get a studio off the ground and even played guitar with the owner’s band.

Interning with the Montgomery County Adult Probation and Parole Department, in Bridgeport, Pa., Kristen Williams ’10 conducted pre-sentencing interviews with a convicted thief, a rapist and an embezzler. Yet “by far the most rewarding and interesting” part of her summer was the few weeks she spent observing a drug court unit, where the political science and psychology major witnessed “the emotional journey” of offenders working toward a “clean and sober life.” One surprise for Williams, who is from King of Prussia, Pa., was finding that most parole officers “truly want to help criminals stay out of prison.”

Zelda Stern is a freelance writer based in Williamstown, Mass. IMAGE CREDIT: Illustration by Donna Grethen
Print this page