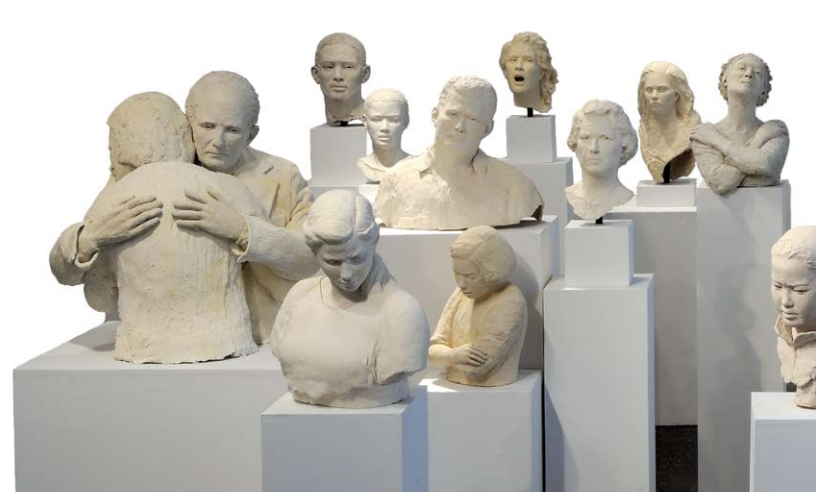 After a 20-year career with the L.A. Opera Company, artist Beckie Kravetz ’81 brings sculpture to life in her Massachusetts studio.

Beckie Kravetz ’81 became a sculptor by way of the stage. A theater major at Williams, she went on to Yale School of Drama to study dramaturgy and dramatic criticism but found herself lured away by the prop shop. She dropped out of the master’s program to pursue a technical internship at Yale, immersing herself instead in prop and mask making and scenic painting. It was a path that led her to the opera world, where she worked with Placido Domingo, Franco Zeffirelli and Peter Sellars, among others. Kravetz spent 20 years with the Los Angeles Opera Company as assistant wig master, mask maker and principal makeup artist before deciding that the faces she truly wanted to create were ones that were fully her own. Today she builds original and commissioned sculptures and masks as owner of BK Sculpture Studio. On an overcast winter morning, she shared her story from her home and studio in Cummington, Mass., located at the picturesque and historic site of the former Cummington School of the Arts. 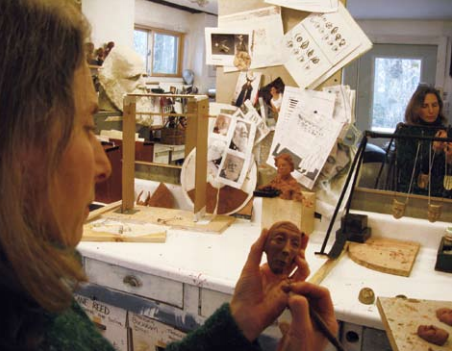 My work in the theater and my sculptures have ended up being really complementary. Working on faces all the time—masks and makeup and wigs—was literally hands-on anatomy. I loved doing masks for the theater. There was something exciting about taking a three-dimensional art piece, handing it to an actor and watching it come to life with lights and movement. But there were also limitations. I had to be aware of all the technical aspects of the mask. It had to be lightweight. You had to be able to breathe through it. You had to be able to speak through it if it was a speaking role. I was kind of pushing against that on a certain level as an artist. And there were times I felt restrained.

I was offered an exhibition in 1993 in Los Angeles to show my masks. That really broke open some floodgates of expression and liberated some ideas about where I could go artistically. I was intrigued by the inner surface of the mask because it felt like the point of transformation—where the actor becomes the character. So I started doing masks that had the inner surface decorated. They were painted or collaged. Sometimes little fragments of text were there. Part of what enthralled me about opera was listening to the singers interpret the music and become the characters. I started to think about responding to the music myself and using my artistry to express the music and create characters that were my ideal. 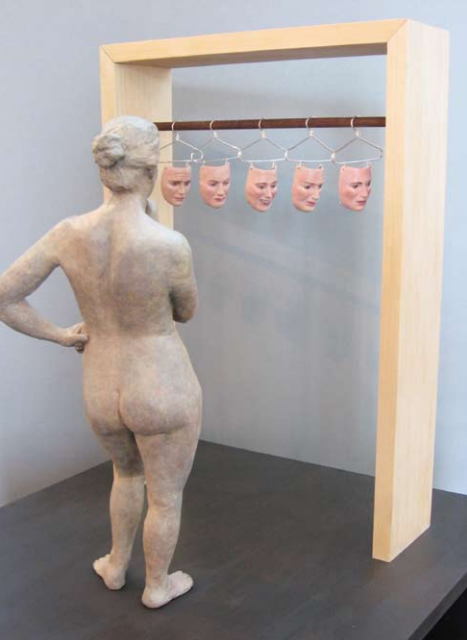 Untitled, part of “Muses, Mystics and Masks,” at the Tansey Gallery in Tucson, Ariz.

So I began working on a series of opera characters and proposed an exhibition to the Los Angeles Opera. I wanted to cast masks in bronze and create three-dimensional dioramas on the inside of the face. They were mounted in such a way that the interior became this whole storytelling stage. Carmen, for instance, reads the tarot cards at one point in the opera, and for her, the death card always comes up. So I researched a variety of tarot cards and included some inside the back of her head. The death card I used was a found image. I collaged both the fool and lovers cards using actual card images layered over with images appropriate to the opera. And then the lovers card is upside down, because in a tarot reading, if it appears upside down, it means a disastrous romance. This is where that year of dramaturgy really plays into my work.

I don’t always know where I’m going with a piece. I rarely use models, but I collect lots of images. I have dozens of files of features and expressions, men and women divided by ethnicity and age—even animals.

There are different things about people that will captivate me. I really like unusual or odd faces. I don’t find them ugly—I find them fabulous and fascinating—but faces that aren’t conventionally beautiful. It was a running joke with a director I worked with in Los Angeles for 10 years. He created this wonderful company that did ritual and mythic theater, and every play had a goddess. He’d always say, “I want her to be perfectly symmetrical,” and I’d reply, “Eh. Symmetry is boring, Steven.”

I like relating to characters that I’m sculpting. Sometimes I’m making these really tortured faces because I’m subconsciously relating to a piece as I’m working. I have to stop and wipe the tragedy off my brow. Most often I just let my hands take over. I’m not trying to make a likeness when I sculpt for myself. It’s whatever I feel. I always start with a bald head just to get the shape right. If a piece looks good bald, it will stay bald. Or I’ll put hair on it and take it off. I like creating bald heads because they make you really focus on the face. 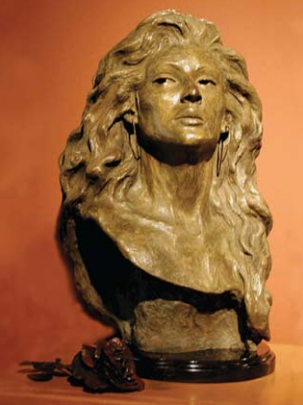 A mask of Carmen cast in bronze was a new artistic direction for Kravetz.

Hair is the hardest thing to sculpt because you’re trying to get something soft out of a hard material. Mouths are difficult, too. There are a lot of complex curves happening in a mouth. It’s more straightforward to get the shape of the nose. Sometimes I can work on a pair of eyes for days in a row. That’s kind of a signature of my sculpting. I tend to sculpt the eyes really deep because I think that gives them expression. And that’s something I have to be really careful about with my bronze foundries. I’ll check a piece before it’s cast, and I’m always making the eyes deeper. You can see the difference if you don’t have shadows in the eyes. They look kind of blank, whereas if you have the shadows, it makes them more alive.

Right now I’m working in ceramic on a show tentatively called “Literary Legacies.” When my husband and I moved here in 2007 from southern Arizona, I kept thinking, “How am I going to respond artistically to this new place?” And then I realized, I’m in the middle of this amazing literary legacy in Western Massachusetts. And I’m married to a writer. And all these poets who were published by the Cummington Press, including Wallace Stevens and William Carlos Williams, were likely in my home. I just finished a bust of William Cullen Bryant, who was born here on this property, and I want to sculpt all of the different literary figures associated with this whole region. They’re going to be like the sculpted arias where the backs of their heads become these interior portraits of the writers. 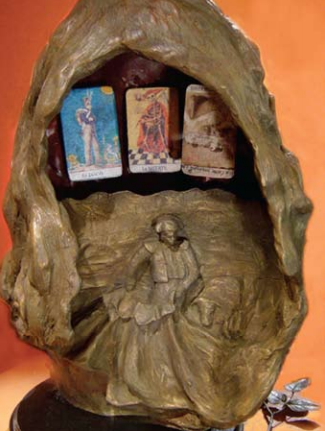 But it’s still the faces for me that are most important. That’s what people are. Their emotion. The way they connect. My sculptures—even an individual bust—it has to be about capturing someone in a moment. I don’t want to sculpt some generic portrait. I want the viewer to always feel like they’ve walked in on something—something fabulous or awful. And that’s the response I get from people most often to my sculpture. There’s so much emotion in the faces. You can tell there is something going on in their heads.

Story as told to Denise DiFulco, a freelance writer and editor based in New Jersey. 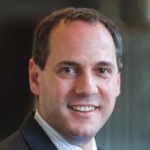 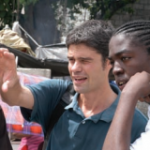 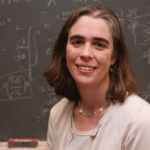 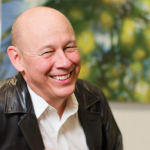