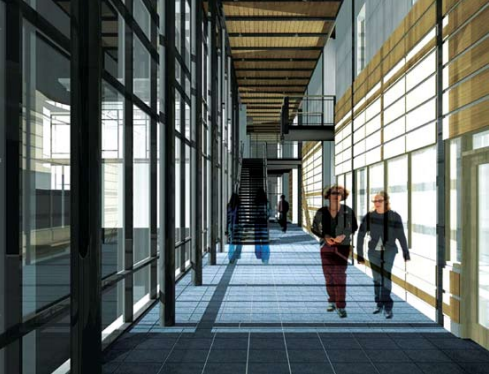 The View from Up Here

Williams » Williams Magazine » Spring 2009 » Features » The View from Up Here

The Williams Campaign came to an end in December $100 million beyond its original $400 million goal. Shortly after the books were closed, the Alumni Review sat down with President Morty Schapiro to celebrate the College’s success and discuss how the campaign has made a great college even better. 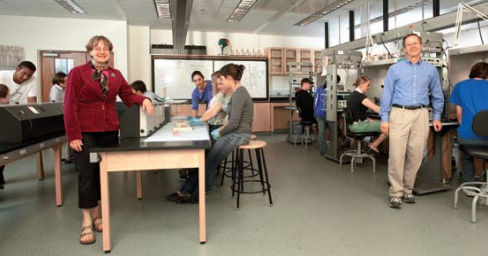 Alumni Review: So The Williams Campaign ended in December, the final numbers are in, and we’ve surpassed our original five-year, $400 million goal by $100 million. How, especially given the current financial climate, do you account for such wonderful success?

Morton Owen Schapiro: We knew going into it, at the tail end of the dot-com bust in 2003, that our goals were ambitious. But they were based on a sound strategic plan developed by the faculty and agreed upon in 2001 by the entire campus community. With the help of so many people—professors, staff, students, trustees, alumni and parents—we spread the word about the campaign initiatives and how important they were to our great college. The momentum just built, to the extent that we reached our original goal 18 months ahead of schedule, thanks to incredible support from so many people. But a campaign is a work in progress, and not all of our strategic initiatives were fully funded as of May 2007, so we decided to continue fundraising until the official end date. The past year has been wracked by such tremendous economic turmoil that I never thought we’d go $100 million over our initial target! Once again, though, our alumni, parents and friends helped us over the top.

AR: Let’s recap the highlights of the strategic plan and the changes that have taken place as a result of the campaign. Starting with financial aid.

MOS: Financial aid was really the cornerstone of this campaign. So many campaign donors understood that if we want to educate Williams students for the world into which we’re 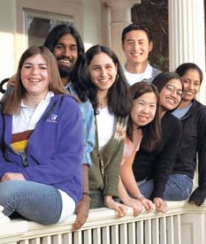 about to send them, then they must broadly represent that world, not just a narrow geographic, cultural or socioeconomic slice. Thanks to campaign contributions, Williams now aids students across 95 percent of U.S. family incomes, from those at the poverty level to families that earn more than $200,000 per year. We aid half of all students (up from 40 percent in 1999), and we’ve extended need-blind admission to all international students. Since richly diverse students are what our applicants are looking for, expanding our aid policies has in more ways than one also placed us in an even better position to attract the very best.

AR: Another set of initiatives had to do with students learning from faculty. What changes have occurred to the academic program?

MOS: We increased the size of the faculty, and all else followed. Before the campaign, we had 200 full-time tenured or tenuretrack professors. Now we have 250. That allows us to get closer to the Mark Hopkins-student-log paradigm by making sure that three out of every four courses at Williams happen around a small conference table. Before the campaign, we offered about 20 tutorials, almost entirely for juniors and seniors. Now we offer about 70, many to sophomores and some even for first-year students, a way to engage students even earlier in their Williams careers. I’ve always felt that to truly understand a topic it’s advantageous to approach it from a variety of different perspectives, so I’m delighted that we’ve invested in interdisciplinary programs, including Latina/o studies, maritime studies and cognitive science. Our new requirements in writing and quantitative reasoning have secured these essential skills. Many of our students are actually engaged in creating new knowledge by partnering with their professors in professional-level research projects, and many others are applying classroom learning in real-world settings through extensive summer and Winter Study internships.

AR: How about student life initiatives, the “students learning from students” portion of the campaign?

MOS: Our new Paresky Center is the greatest thing that’s happened for Williams students outside the classroom. Baxter had its charms, but it wasn’t functioning as a student center and hadn’t been for several decades. You go into Paresky on a Saturday night, and it’s packed with literally a thousand students watching a movie in the auditorium or grabbing food at the dining hall, snack bar or pub, or working at the Record or College Council or on community service projects. Or just hanging out in the main space we call Baxter Hall, the living room for the entire campus. When students are at Paresky they’re all together, which makes it easier to step out of their usual groups and meet new people.

AR: The campus map has certainly changed, with the addition of Paresky, the ’62 Center for Theatre and Dance, and the North and South Academic Buildings since the start of the campaign. Was all the construction necessary? And what happens next regarding Sawyer Library and the Weston Field project? 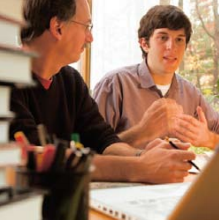 MOS: I said when we launched the campaign that if all you needed to teach Williams students was Mark Hopkins and a log, then we’d have logs all over campus, which would be much cheaper and much less complicated. But the truth is that it takes more than logs. You need the right technology, the right classrooms, educational facilities that support the very best work of our students and professors. We’ve talked about the Paresky Center. It’s equally great to have the ’62 Center for Theatre and Dance up and running. Just go by the ’62 Center any week, and you’ll see visiting artists engaging with the community in the classroom and on the stages, you’ll see the Dance Program and the Theatre Department with all their great performances, and then you’ll see students who are working on shows that are entirely their own. It’s gratifying but not surprising to see how many students are now attracted to Williams because of this amazing facility, and every visiting artist who’s worked there has come up to me and said, “I can’t believe this is on a college campus.” The ’62 Center has helped transform performance at this college and brought it closer to the heart of a Williams education. It’s also wonderful to see our faculty in the humanities and social sciences together for the first time in generations and very happily ensconced in the North and South Academic Buildings. These buildings found their model for close student-professor interaction in our enormously successful Science Center, and the 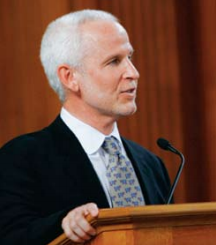 faculty offices in them are especially designed to support tutorial teaching. The North Academic Building also houses a longoverdue, state-of-the-art language lab as well as Williams’ first archaeology lab. As a result of the economic downturn, we’ve had to slow down two major projects: construction of the new Sawyer Library, which is the nextto-last stage of the Stetson-Sawyer project, and major improvements to the Weston Field facility. Excellent planning work continues for both, which I believe will yield even better versions as soon as things turn around.

AR: You’ve answered this question before, but it deserves asking again, especially since The Williams Campaign succeeded in raising a half a billion dollars. With so many legitimate, good causes out there competing for support, what motivated donors to keep giving to Williams?

MOS: People who give to Williams understand that the buck doesn’t stop here. Our college achieves its highest mission by launching 500 graduates each year, every one of them equipped to serve a world deeply in need of citizens who are informed, skilled and aware. People who make gifts to Williams know they give to our collective future, to the world whose problems these amazing students will be well equipped to address.

“Because of what you have done, Williams is beautifully positioned to continue to succeed in the future. Despite an economic downturn … the heart of the Williams experience remains intact.” 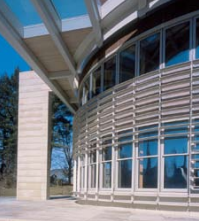 AR: Obviously the Alumni Fund and Parents Fund were central to the campaign. How were these funds used to support campaign initiatives?

MOS: We are very conscious at Williams that our students are here for just four years. To come up with a great strategic plan and say we’ll implement it in five or six years just isn’t acceptable. During the campaign, we saw record-breaking levels of Alumni Fund and Parents Fund giving by tens of thousands of contributors. Because these annual gifts may be immediately spent, during the campaign we often could use the funds to move rapidly from planning to implementation on some essential strategic priorities such as financial aid, increasing the size of our faculty, curricular initiatives, even early planning on the major building projects. Then we asked individuals with extraordinary capacity to underwrite those efforts through gifts to the endowment and for infrastructure. Going forward, we’ll continue to rely on Alumni Fund and Parents Fund gifts to sustain the campaign’s achievements and enable Williams to invest in new educational opportunities as they arise. 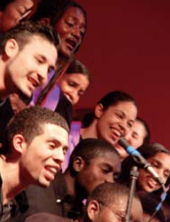 AR: What is the most important message you’d share with Alumni Review readers at the close of the campaign?

MOS: A message of thanks. The vast majority of Alumni Review readers support Williams so generously and consistently that we’ve nearly run out of ways to say thank you. You literally make this college. Because of what you have done, Williams is beautifully positioned to continue to succeed in the future. Despite an economic downturn that will alter college operations, the heart of the Williams experience remains intact. Our students will continue to go out there and change the world. That’s what we do at Williams College, and we do it because of the support and the love of so many. Thank you all for the tremendous success of this historic campaign.