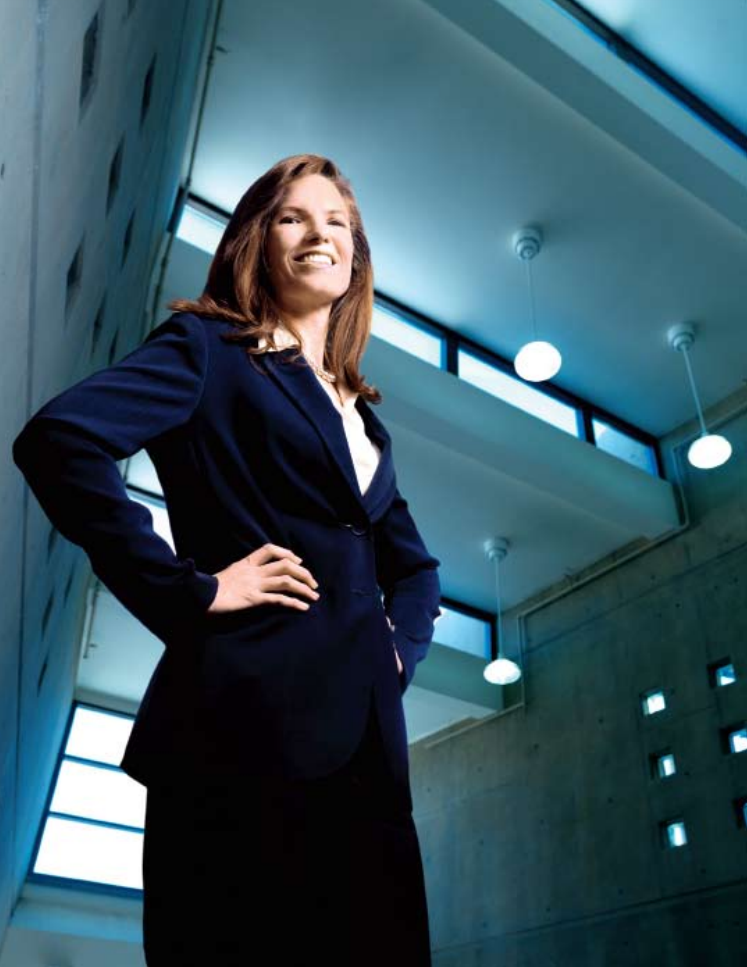 Former Secret Service psychologist Marisa Randazzo ’89 discusses the nature of school violence and how to prevent it.

It seems counterintuitive, but school shootings are rarely the acts of deranged murderers who just “snap” one day and show up with a gun. In fact, according to Marisa Randazzo ’89 and others who study targeted violence, many such tragedies could have been prevented if someone had intervened in time.

It’s one of the messages Randazzo imparts as she travels the globe advising, training and consulting with educators, law enforcement officers, security personnel and a variety of corporations and high-profile individuals through her company, Threat Assessment Resources International. Her goal: to help her clients better understand the nature of targeted violence and put in place the mechanisms to prevent it.

The chances of a student being killed in school are rare—one in 1 million to 2 million—but shootings like those in Littleton, Colo., Pearl, Miss., and Bethel, Alaska, were lightning rods for public attention. And little was known beyond the headlines. 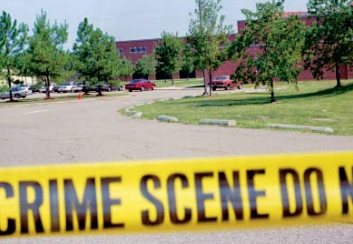 Enter Randazzo, who spent 10 years as chief research psychologist for the U.S. Secret Service and co-authored the landmark “Safe School Initiative” report in 2002 before launching her company. A native of New York City, Randazzo became fascinated with criminal psychology at Williams, where she had a dual major in psychology and religion. She remembers, in particular, a class on psychology and the law taught by Saul Kassin. “His passion for the topic was contagious and got me excited about the field,” she says.

The “Safe School” study—sparked by the 1999 Columbine High School massacre—examined 37 shootings from 1974 through June 2000. Randazzo personally interviewed five of the 41 shooters, including Luke Woodham of Pearl and Evan Ramsey of Bethel.

She also examined research indicating that youth who commit murder, as opposed to nonviolent crimes such as theft or harassment, were less likely to have a history of prior arrests, prior mental health issues or problems with school adjustment. She pored over case files, read students’ diaries and examined bloody book bags—“anything we could look at or uncover,” she recalls, to better understand the shooter’s motivation. “It was tremendously sad because these were not kids who were psychopathic. They were by and large depressed kids who made terrible mistakes.”

Randazzo also interviewed school shooters who were prosecuted as juveniles and completed their sentences. “A number of them got out of the juvenile system and made something of their lives,” she says. “They’re functioning in society.”

Apart from having better access to weapons and exhibiting more signs of depression—most shooters appeared to be suicidal before carrying out the attacks—there were few similarities among the assailants Randazzo studied. So identifying characteristics of students who might be more likely to carry out a school shooting, a practice called prospective profiling, is impossible.

Among the “Safe School” study’s other findings: A precipitating event often can be tied to a shooting (Ramsey, for example, began to feel hopeless about being teased after his efforts to seek intervention from school officials failed). The assailant has a target in mind (in Ramsey’s case, the student who had been harassing him). There’s a plan in place well in advance of the attack. Shooters often confess their plans to fellow students. And, in the majority of shootings studied, at least three adults, often including teachers, witnessed very troubling or concerning behavior by the assailant prior to the attack.

Take the case of Seung-Hui Cho, who killed 32 people on the Virginia Tech campus in April 2007. He had undergone treatment for a severe anxiety disorder diagnosed in middle school and had submitted plays and other writing in his college classes that referred to violence (including Columbine). Prior police reports had been filed against him concerning harassment of female students. 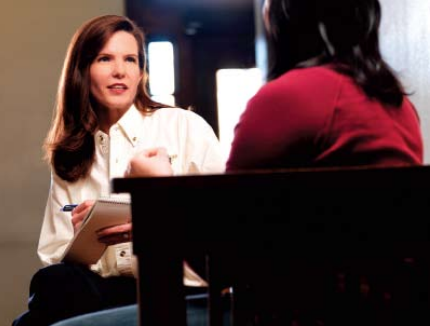 “Many different people in the perpetrator’s life had pieces of the puzzle,” says Randazzo. “But there was no one person who knew everything. Nor was there a central mechanism to pull all of this information together.”

So, Randazzo advises, instead of purchasing “profiling” software, investing in security cameras and metal detectors or hiring more police officers, K-12 schools and universities should create professionally trained teams that can assess threats and reports of worrisome behavior by students (or employees, in the case of higher education). Not only can such an approach thwart an attack, but it can also help the potential assailant find support and assistance.

Such teams have proven successful. In New Bedford, Mass., three teens were arrested after a girl told a teacher she overheard them talking about bombing the high school, supplies to make the bombs were found near school grounds, and a janitor found a letter outlining the teens’ plans. According to The New York Times, which reported on the 2001 incident, other shootings have been averted in Twentynine Palms, Calif.; Fort Collins, Colo.; San Jose, Calif.; Hoyt, Kan.; and Elmira, N.Y.

Randazzo points out that many of the school shooters she studied were at a point of desperation when they carried out their attacks. Many felt that violence was the only option they had left—a fact she says was not surprising, given that most shooters were in their teens through early 20s, a period when the brain’s frontal lobe is under significant development and the ability to think through options and consequences is often diminished.

“We often talk about having the threat assessment team—or someone that the student trusts—to help serve as an ‘external frontal lobe,’” Randazzo says, “meaning we help the student see his or her problem differently, to fully understand all the non-violent options they have and help them to think through and understand the potential consequences of any future actions.”

Just as Columbine cast a spotlight on safety in K-12 schools, high-profile cases such as the Virginia Tech shootings in April 2007 (as well as disasters like Hurricane Katrina) have prompted college campuses to look at their own emergency response plans.

Williams was expected to release the first overhaul of its 1996 plan early this year. The update will address “the issues of today, such as the active shooter or hostage situation,” says Jean Thorndike, director of campus safety and security.

Among the new features is the addition of Connect-Ed, an emergency notification system that uses e-mail, text and voice messages to communicate alerts to faculty, students and staff. The College also has installed a siren notification system to reach the campus and surrounding community. When the new plan is in place, the College plans to conduct additional mock disaster “table-top” exercises in coordination with local agencies and emergency responders to ensure readiness for an actual crisis. 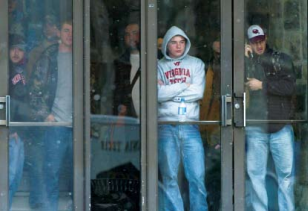 As it is with K-12 schools, targeted violence at colleges and universities can be prevented under the right circumstances, Marisa Randazzo ’89 writes in The Handbook for Campus Threat Assessment and Management Teams, published in 2008 by Applied Risk Management. But there are some differences that Williams’ plan takes into account.

“When we talk about incidents of campus violence, we are talking as much about workplace violence as we are about student-perpetrated violence,” Randazzo says. “In addition, in the cases we’ve examined, there appears to be more mental illness involved in college settings than in school settings.”

A new study under way by the Secret Service, the U.S. Department of Education and the FBI to investigate college shootings will provide more concrete answers to the question of mental health. But its role in campus violence is “not unexpected, because late adolescence and early adulthood are critical time periods when a lot of major mental disorders first develop,” Randazzo says.

At Williams, members of the student life staff communicate with each other weekly about students who are dealing with a variety of problems, from adjusting to life away from home to mental health issues. In the rare case that someone might be a threat to his or her own safety or the safety of others, the At Risk Committee, which includes a dean, the director of health services and one of the directors of Psychological Counseling Services (PCS), convenes to evaluate that student. “Once we determine that the process should be engaged, we first seek the voluntary compliance of the student,” says Karen Merrill, dean of the College. “If that doesn’t happen, we can require that the student go through the at-risk process.”

Within a day, a psychological evaluation is completed (if the College doesn’t already have one) and a recommendation is made on whether the student should be allowed to remain on campus. The At Risk Committee also can meet with parents and others to gather additional information about the student’s behavior. “Typically, if we do allow the student to stay, we attach conditions to his or her remaining on campus, such as working out a plan to get support from PCS and from other offices,” Merrill says.

Faculty and staff identified as potential threats are referred to the College’s Employee Assistance Program for psychological services and can be mandated to receive evaluation and/or treatment, says Martha Tetrault, director of human resources. “We can and have involved campus security and police,” she says.

Williams remains a very safe community, according to statistics compiled in accordance with Uniform Crime Reporting procedures and federal law. For a copy of the 2007 report, visit www.williams.edu/admin/security/crimes/.

Denise DiFulco is a freelance writer and editor in Cranford, N.J.