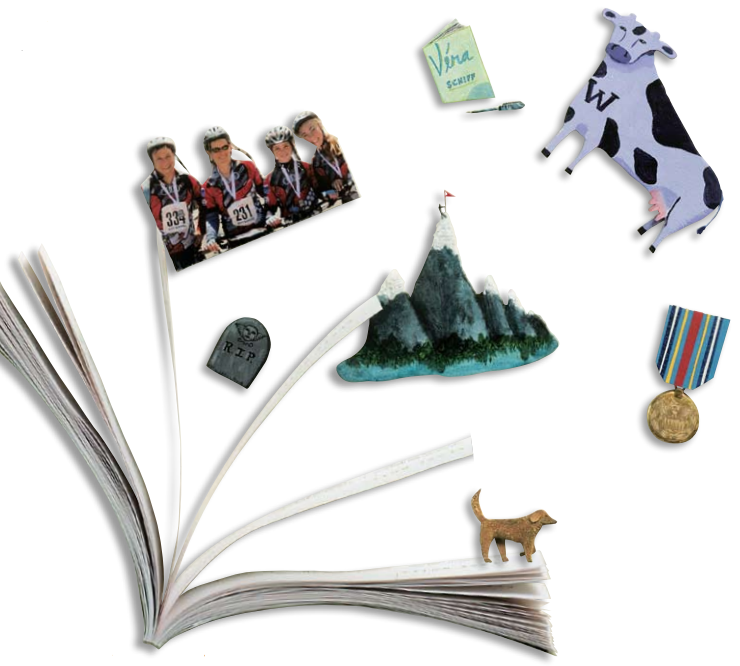 A century’s worth of Class Notes helps explain the unique anthropology of Williams alumni. 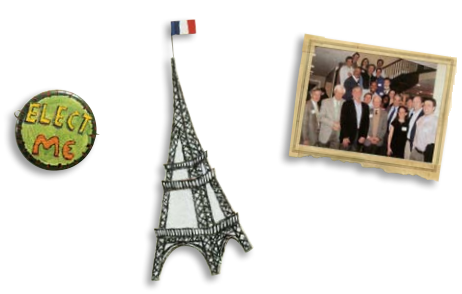 The latest issue of Williams People arrives in your mailbox, and you dive into the notes for your class. You probably browse nearby pages devoted to the years around yours. Maybe you scan the news of your parents, children or other kin who attended the College. Depending on your age and interests, you might check out the couplings and new additions or peruse the list of passings.

You’re hardly alone. According to a 2006 survey, nearly 100 percent of Williams alumni typically read or at least skim their own Class Notes, and nearly 90 percent usually pore over even more of the alumni news published three times per year in People.

Such intense interest is not unique to the College—across the country, alumni news is the most widely read portion of college and university magazines. But the sheer volume and scope of Williams’ offerings are remarkable. Not many alumni magazines threaten to surge past the 144-page mark, exclusive of other college news and feature stories.

Paragraph by paragraph and year by year, Class Notes offer an informal but detailed look at the history and character of Williamsfolk. To get a better understanding of this phenomenon, and in continued celebration of the Alumni Review’s centennial, it seems appropriate to take a retrospective glance at the tens of millions of words that have been devoted to keeping Williams alumni connected to each other and to their college.

Lapsing into a Comma

To proofread Williams People, the editors consult a bookshelf full of style guides, dictionaries and other resources. Still, class secretaries tend to have styles all their own. What follows (with all due respect and affection) is some of the more colorful language the editors have come across in reading Class Notes.

The trifecta of parenthood

Efforts to save his right leg failed, but he reports new vigor and energy and a new slant on life.

He is manfully striving…

They are full-time seasonal residents…

They were the heart and sole…

Babies on the brink

It was a delight to experience his rye sense of humor.

It was getting a mite nippy

Class Notes have come a long way from relatively modest beginnings. The first ones in Vol. 1, No. 1, consisted of barely a dozen entries—a column and a half in total—that looked rather like an afterthought. News, generally consisting of individuals’ career updates, was brief and to the point. All of it was written by then Editor Talcott Miner Banks, Class of 1890.

1939 was a momentous year for the Class Notes. For the very first time, and without any fanfare, class secretaries’ names appeared in the February issue. Forty years later, the first woman debuted as a class scribe. And technological developments opened the role to even more people, allowing teams of secretaries and folks living overseas to effectively gather and disseminate news. Secretaries’ tools also evolved—the handwritten giving way to the typed, hot type to cold, snail mail to e-mail—but through it all, the volunteers’ commitments of time, energy and affection for their peers remained constant. 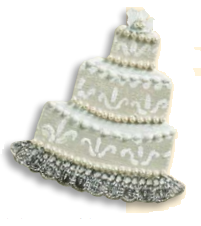 In good times and bad, Class Notes have served as a unifying force, a way for people to keep up with one another and reckon with the events of the day. Consider World War II. Within months of graduation, readers learned, 80 percent of the Class of ’42 was serving in the armed forces. Class Notes rang with consistent turns of phrase: received his commission, reported wounded, got his wings, taken prisoner of war, killed instantly. Ships and stations were cited before, at last, the gradual shift back to civilian life, post-war employment and graduate education.

Likewise, nearly every single page of Class Notes in the fall/winter 2001 issue referenced 9/11. Alumni rallied around their New York, D.C. and Pennsylvania brethren, offering support, expressing relief and remembering the three alumni lost in the World Trade Center collapse. In subsequent issues, some writers humbly shared their stories of harrowing escapes or their work volunteering or counseling firefighters and grieving loved-ones. The aftermath of Hurricane Katrina was no different.

There’s a larger record of the American century writ between the lines. One early alumnus, Telford Taylor ’28, was the prosecutor at the Nuremburg war crimes trial. Another lost his wife in the polio epidemic. The post-war era came to be referred to as “the atomic age,” as more Ephs continued to serve their country—and to die for it—in Korea. Later notes would bring news of deployments in Vietnam, Desert Storm, Afghanistan and Iraq.

A closer look at any graduation year suggests how class histories span the decades. 1939 again is a good example. At graduation, seniors John E. Sawyer and James MacGregor Burns each delivered an address to their classmates. As time went on, readers learned, Jack Sawyer went to war, serving in the Navy and in the OSS in Europe, while Jim Burns won a Bronze Star Medal for his work as a combat historian in the Pacific. Readers followed the men’s life stories back to Williams. First came Burns in 1947 as an assistant professor of political science, laying the foundation for his future designation as the father of leadership studies. Sawyer’s debut as president of the College came the same year another Jack was sworn in as president of the United States.

Meanwhile, the character of Class Notes in the late 20th century underwent a

sea change, in part as a result of the radical social and cultural transformations of American society. Just as important, however, the College welcomed women for the first time. (The first seven received Williams B.A. degrees from President Sawyer in June 1971.)

A gallery of wedding images has since become a fixture in the magazine, as have lists of births and adoptions, but the affect of the secretaries’ reports has shifted, too. Male and female scribes of all ages, representing a variety of ethnic, geographical and cultural backgrounds, were soon taking a more conversational approach, employing a chattier tone and tenor to impart more varied stories of MLEs (major life events, as one young secretary coined them) and everyday concerns. Marriage and childbirth, news from kindergarten and the PTA, gay and lesbian partnerships and even “the world of babydolls, maryjane shoes and twirly dresses,” as another secretary dubbed it, became news fodder. The change informed earlier classes, too, with candid admissions of cancer diagnoses, career reinventions, new spouses and newly blended families, all of which became basic to the news of Williamsworld.

While Class Notes have always been a place to learn of graduates’ varied accomplishments, they’ve also become a vehicle for life’s little details. By the late 1990s, stories of third-grade children losing sleep over decimated rain forests were noted along with ponies and pets and the perennial hope that a new baby was destined to someday become an Eph. No longer did anyone intone as Geo. T. Washburn, Class of 1855, did in 1921 when he wrote to the editor, “As for myself, the College did more for me than any institution outside my home; and I should be something less than a man, if I did not cherish a filial love for Old Williams in my inmost heart.” The sense of indebtedness surely survives, but the stilted mode of expression has disappeared. The tone became much as one class secretary recently commented in Class Notes after a 25th reunion: “We join one another no longer guarded, and with honesty and compassion we share our stories.” 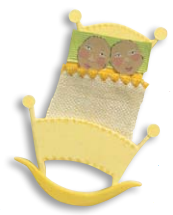 The decades bring the new and revisit the old. References abound to the Peace Corps, Vietnam, the Amherst game, the Alumni Fund, sideburns, marathons, reunion, Afros, the Amherst game, rivers rafted, mountains ascended and descended, Teach for America, books published, the Amherst game, prizes won, 9/11, Hurricane Katrina, the economic crisis, trips taken and the Amherst game. The deaths of alumni and of much-loved spouses and partners are mourned, and many births and adoptions are celebrated. Jokes are shared (usually at the expense of one or another classmate).

As the American presence has grown more global, Williams’ leadership role is evident (in part, thanks to technology that requires merely hitting the “send e-mail” button from almost anywhere to keep in touch). A randomly chosen 2005 issue of Williams People is a virtual gazetteer, reporting young alumni at work in Lima, Croatia, the Solomon Islands, Shanghai, Uganda, Berlin, Barcelona, Iraq and many another foreign clime.

For a century, Class Notes have offered evidence of the survival of strong ties between Ephs, of the connections that reach across generations and borders despite the passage of time. The tiny glimpses of life they offer constitute a veritable encyclopedia of the Williams diaspora. To the insider and even to the uninitiated, Class Notes, perhaps better than any other resource, help explain the unique anthropology of Williams College.

The People Behind Williams People

Though they share a passion for the Purple Valley and their fellow alumni, the hundreds of men and women who have volunteered to serve as class scribes are as unique as snowflakes. The Thurston Bowl, created in 1977 and awarded annually during Reunion Weekend for best performance as class secretary, celebrates their individuality. Some wisdom gleaned from winners past: 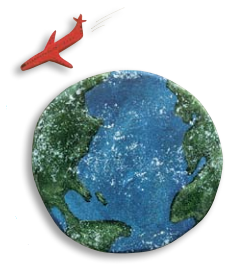 Never miss a deadline. Theodore “Ted” K. Thurston ’12 missed only one in his 65 years as secretary. (And that time he wrote his column; he just forgot to mail it.) For his outstanding track record, the Thurston Bowl was named after him.

Get ’em where they live. With his 50th reunion approaching, Bill Ryan ’62 is visiting every single one of his 252 classmates, providing a fascinating travelogue along with news of dozens of Ephs who managed to escape the notes until Bill (literally) came knocking.

Threats can be effective. Chris Lovell ’77 warned classmates that if they didn’t write in, he might “resort to the lowest tactic of a beat reporter: inventing your stories.” Subsequent columns were chockablock with news of classmates from New York to Nepal.

Celebrate individuality. Wendy Webster Coakley ’85 paid attention to how different groups of classmates were expressing themselves and gave everyone a voice—leveraging the notes to build better class communication and unity. Her work paid off: When she returned to the job four years ago after a decadelong hiatus, she thanked her class for making her job an “easy peasy lemon squeezie.”

Appeal to their right brains. To solicit news, Brian Carpenter ’86 once sketched a series of images, stringing together the state of Iowa, an ant, a female sheep, the number 2, a nose sniffing a flower, the word “me,” and a noose. Crudely translated: “Iowa ant ewe two scent me noose.”

And while they haven’t been honored with the Thurston Bowl (yet), several “rookies” are setting good examples:

Form can be functional. In their two years as co-secretaries, 1982’s Will Layman and Kolleen Rask have crossed genres, from dime-store detective novel to Star Trek screenplay to campaign stump speech, to impart classmates’ news, always providing a fun read.

Embrace nontraditional tools. Bahia Ramos Synnott ’97 lived overseas until recently and, like many ex-pats, relied on her class’s e-mail list server to get the job done. Meanwhile, Katie Kelly Gregory ’01 uses a Facebook group to solicit and share news from afar. And younger alumni aren’t the only ones using technology to get more bang for their Class Notes buck. 1960’s Ron Stegall is posting edited notes and encouraging classmates to share news on his class’s secure website. And Gates Helms ’46 used e-mail to alert at least a halfdozen other class secretaries about a multigenerational gathering of Ephs to honor his late brother Richard ’35 last spring.