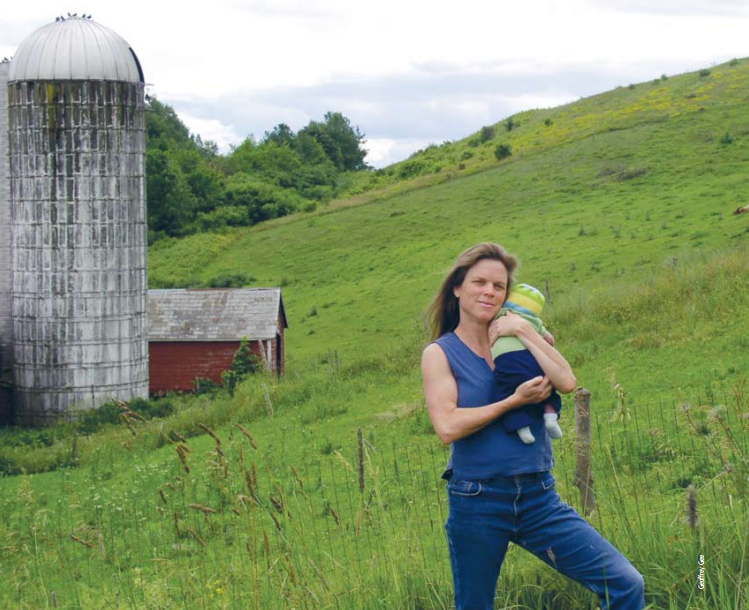 “My work is about reconnecting with the bodily selves we have learned to ignore and finding wisdom where we have least come to expect it.

Dance isn’t often noted for its contributions to academia, but for Kimerer L. LaMothe ’85, her practice of classical, modern and native dance has been as essential to her scholarship as her years of education. An award-winning author and philosopher with a doctorate in religion from Harvard, LaMothe draws deeply on her study and practice of rhythmic movement as a way of understanding ourselves and the world in which we live.

Her latest work, What A Body Knows: Finding Wisdom in Desire, puts forth a new philosophy of how we become ourselves—and how we can be most true to ourselves—by examining our impulses for food, sex and spirit. It’s a theory she says would not have been possible had she not been a dancer. “Breath,” which is so important in dance, she explains, “is the paradigm. Breathing is a movement, taking in resources to support our growth and exhaling those we don’t need. If we start to develop a sensory awareness of the movements that are making us, we can learn to participate more consciously in our own bodily becoming.”

For too long, and particularly in Western thought, LaMothe says, our understanding of ourselves has privileged our mental faculties over and against our bodily selves as the sources of truth and knowledge. It’s something that first occurred to her as a political economy major at Williams as she began to challenge the underlying assumptions of the field. In February of her senior year, LaMothe changed her major to religion—taking four religion courses that spring—where she found “critical tools that enabled me to explore these issues in greater depth,” she says.

But dance also edified LaMothe’s understanding of the nature of truth and knowledge. Her first book, Between Dancing and Writing (Fordham University Press, 2004), investigated why scholars of religion tend to overlook dance in favor of texts as expressions of religious life. In her second book, Nietzsche’s Dancers (Palgrave Macmillan, 2006), she explored how some of dance’s most noteworthy practitioners, including Martha Graham and Isadora Duncan, found justification and guidance in Friedrich Nietzsche’s texts for developing dance as a medium of religious experience and expression.

The idea of developing a philosophy that acknowledges the wisdom of our bodily selves is one that arose organically from LaMothe’s academic inquiries, she says. “I realized that to develop responses to these issues, I needed to move out of the academy and live a life that would enable me to think differently about them,” she says. “The problem could not be addressed simply at the level of ideas. It demanded a change in practice too.”

She and Geoffrey Gee, her husband of 17 years, had always dreamed of moving to the country and creating a place where they could do their work in closer proximity with the natural world. So in 2005 they and their three children (they now have five) left Boston, where LaMothe was a professor at Harvard, and relocated to a 96-acre farm in upstate New York. There they founded Vital Arts, a center for arts and ideas (www. vitalartsmedia.com). The move allowed them each to pursue their creative goals, but it also gave LaMothe the empirical evidence she needed to advance her theories. What better place to live in all of one’s senses than on a farm?

It is our movements at every moment—breathing, walking, playing, working—that make us, she says. And our primal desires for food, sex and spirit impel some of those movements. Because they originate in the body, they can and should be used as “fluid, dynamic instruments of discernment,” LaMothe says. What a Body Knows goes on to explain how to find and move with the wisdom that comes from our need to satisfy our desires.

LaMothe is now working on a companion volume about our primary relationships with family, and she hopes to complete a third book discussing our relationship with the natural world. “I hope [these books] provide a philosophical understanding of the shifts needed in our culture to sustain life through the 21st century,” she says. “I hope to shift our experience of what it means to be a human being.”